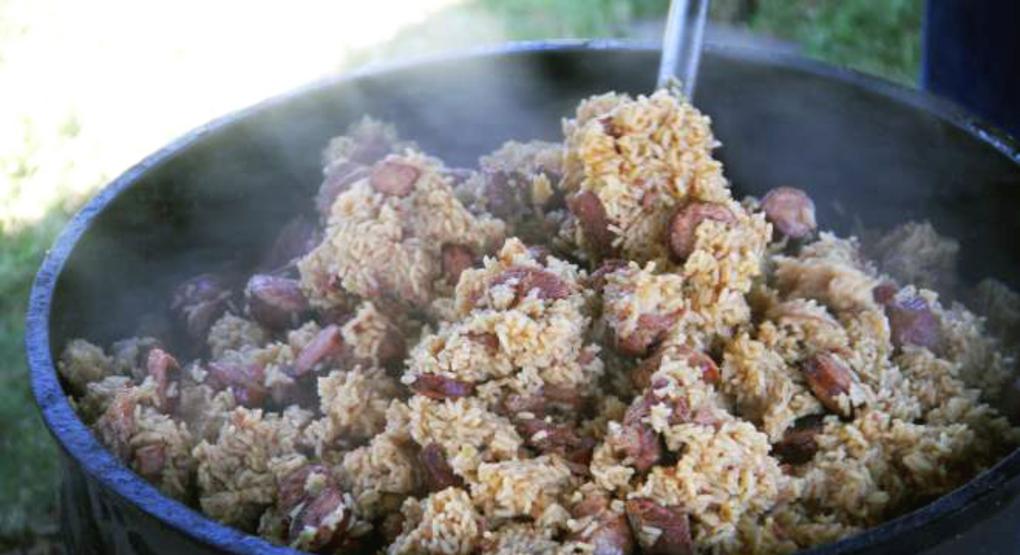 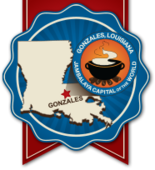 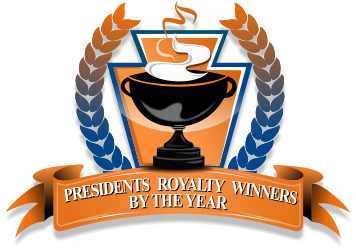 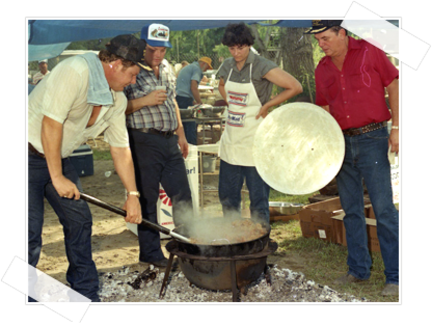 By this time, what began as an inspiration was already too big for any one group to take on independently. An executive committee was formed consisting of Steve Juneau, John D. Gonzales, Clarance Berteau, Sidney Amedee, Jr., McGuffy Fife, C.R. "Pete" Bourque, Melvin Hebert, Harvey Dupuy and M.J. Decoux. They met at the Fiesta Grill in Gonzales. Steve Juneau was elected as the first president of the newly formed Jambalaya Festival Association. They agreed that the sole purpose of the festival would be to promote the city of Gonzales. On June 10, 1968, John J. McKeithen, then Governor of Louisiana, proclaimed Gonzales, Louisiana as the "Jambalaya Capital of the World."

Gonzales is the "Jambalaya Capital of the World." In 1967, this term was only an inspiration in the mind of Steve Juneau to promote the City of Gonzales. Juneau, a native of Avoyelles, was very impressed with the Jambalaya prepared by area cooks. He thought this would be a great method to promote the city. The idea was presented to the Gonzales Lions Club and the annual Jambalaya Festival was born. As the idea spread across Ascension Parish, many non-profit civic groups and fraternal organizations were invited to get involved. The festival would be used as a vehicle to raise money for community projects supported by them.

​​​​​​​© 2021 Jambalaya Festival Association - Written permission from the JFA is required for use or duplication of any content or photos from this website.

By 1971, the festival was drawing crowds of nearly 50,000. Sixteen cooks stirred their paddle in the pot, trying to win the silver trophy. That year, the Jambalaya race for quarter-horses emerged at the Dutchtown racetrack. The Jambalaya Art show attracted over 500 participants which made it one of the major art shows in the south. 1972 introduced the "Mini Pot" jambalaya cooking contest. In this case, the chefs had more fun cooking it than eating it. The dish was cooked in the "World's Smallest Jambalaya Pot," a tradition which continues to this day. This year, over 40 will participate in this event.

Many innovations have been tried throughout the years, including a car show, boxing contest, 5K and 1 mile Fun Run, craft show, story telling, sky diving exhibition, hot air balloonists, model airplane exhibition, Jambalaya Singers, bike races, bed races, cloggers, dancers, can-can girls, Jambalaya Beauty Pagent, Crowning of a Jambalaya King & Queen, Champ of Champs Cooking Contest, baseball, tennis and golf tournaments and many more activities. By now, you are probably wondering what will be taking place at this year's festival, hint - see the Events page. But as my ole friend Justin Wilson would say, "Don't worry your little head about dat, just come on out and pass a good time!"

Similar in many ways to Spanish paella, the term "jambalaya" is derived from the Spanish jamon for ham. It's pronounced "jahm-buh-LIE-uh" or "jum-buh-LIE-uh". Jambalaya found its way into Creole cookery in the late 1700's where it soon took on the flavor of added local ingredients.There are other stories of the jambalaya "myth," but the favorite comes from the Webster's dictionary which defines the word as French Louisiana for a mixture of diverse elements.

​​What is Jambalaya? Today it is a Cajun/Creole dish made from a mixture of meats, rice and seasonings blended to produce a delicious dish. It can be made (separately or all together) with ham, chicken, sausage, fresh pork, shrimp and oysters, to which is added shortening, rice, onion, garlic, pepper and other seasonings.

​​Starting with church fairs, which were the largest public gatherings at the turn of the century, Jambalaya emerged from small quantity indoor cooking to become the ideal dish for outdoor cooking over hardwood fires. Big black cast iron pots made preparation so easy and economical for church use that Jambalaya was rapidly adapted for political rallies, weddings, family reunions and other affairs. No fair or political rally around Gonzales is complete without Jambalaya cooking.

​The Jambalaya Festival and World Champion Jambalaya Cooking contest is held annually in Gonzales, Louisiana. Jambalaya is economical to prepare and can be cooked in a one quart pot indoors or in a 30 gallon black pot. Jambalaya cooking is an art that must be perfected to acquire a superb blend of flavor with proper consistency. Area cooks practice continually to perfect Jambalaya that will win the title "World Champion." As you might imagine, competition is key as may cooks vie for this prestigious title. Many champions have cooked at other festivals and for foreign leaders, as well as presidents of the United States. Gonzales is the Jambalaya Capital of The World. 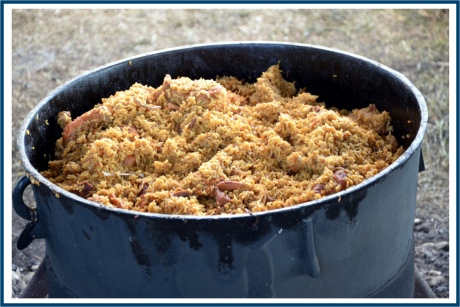